Updated at 12:30pm Thursday: I spaced out and forgot that there are 32 MLB teams, not 30. Figures have been updated below.

One of my favorite things to do is put together checklists for custom sets. A checklist I've been 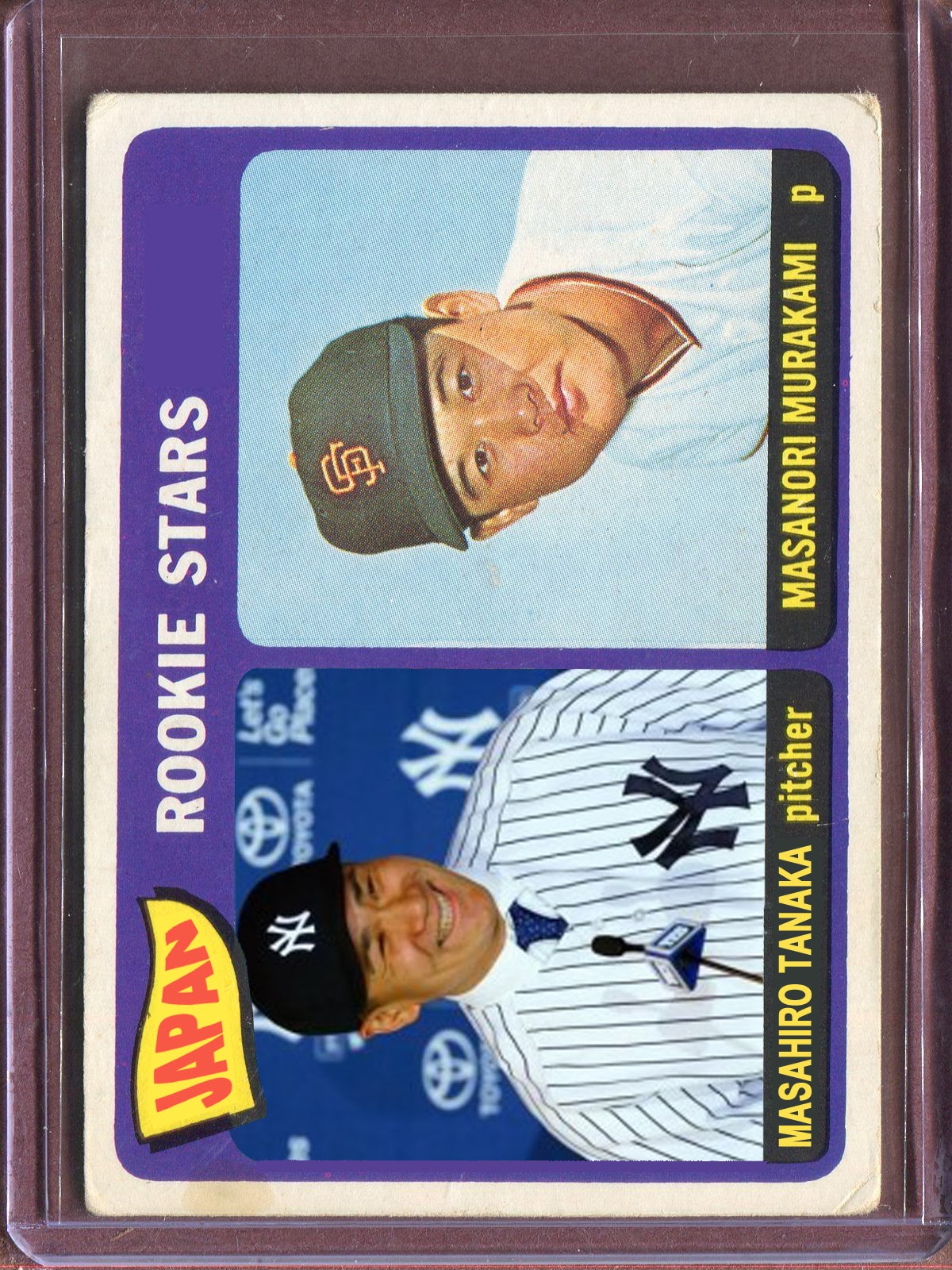 trying to figure out—before Topps announces it in the next few weeks—is that of 2014 Topps Heritage.

From on-checklist in-jokes to creative checklisting decisions, Heritage proves interesting on an annual basis. And as I've gotten back into collecting new cards, it's usually my favorite set of the year. 2014's offering is especially fun, as it will undoubtedly celebrate the 2013 Boston Red Sox. Plus, its basis (1965 Topps) is one of the few vintage sets I've completed. Needless to say, I'm ready to complete the master set and pair it with my '65 set.

So as I put together my Heritage checklist, a few questions arise. First and foremost, how many cards will Topps allot to each team? I see this resolving in one of two ways:

• Each team gets 15 cards (including a manager card, a team card, and one doubleheader rookie card)

This option allows for 384 individual player cards, 32 managers, 32 team cards, 32 doubleheader rookie cards, leaving 20 "free" cards, 12 of which are league leaders, at least 6 are World Series, and probably the final 2 are "MLB Rookies" or AL or NL–specific doubleheader rookies.

In this second option, only those teams original to 1965 Topps would get team and manager cards, and only a manager card if that team had a manager in the original set.

Either way, I don't see Topps including actual checklist cards on its Heritage checklist, and instead including four different checklists randomly as pack loaders. The checklist space is too limited, and the pack value is too high to waste a card slot on a checklist.

Second: League leaders will be on #1–12. World Series cards will be on #132–138. But which players will be assigned the iconic numbers from the original set? There are only a few guarantees, I think. Here they are:

It gets murky once you're beyond the award winners. Here are a few more guesses:

Here are my guesses for the titles of each World Series subset card:

Another big question will be if Topps will put Yasiel Puig on a base-checklist SP number (somewhere between #426–500) or will have him floating on the regular checklist. He's the hottest name in the hobby going into 2014, and making him a base-checklist SP adds to the chase, though also makes it at least four times less likely that you'll get him in a pack.

Finally, it's a pity that the Japan/MLB posting system had to go through an overhaul prior to Tanaka immigrating to the MLB, because this set probably won't include his Yankee rookie. It would've been something special, as one of the cards the 1965 set is known for is the Masanori Murakami rookie, and I'm sure Topps would've found a way to honor that card. So, without a significant rookie like Tanaka, will Heritage include the new White Sox first baseman, Jose Abreu? I hope so.

Given the rules MLB puts on licensees, I see no way Heritage will include either Abreu or Tanaka. The season begins in April, the product will be out in March. I believe the rules require a player to have been on the regular season roster prior to getting a regular card (remember the Alex Gordon snafu a few years back?). Inserts are a whole other animal, but I doubt Topps would do that. No, my guess is you'll see Abreu and Tanaka in the on-line only High Number Heritage sets that come out after the season. Heritage has a built in following--most of which has been salivating for years for the '65 edition--so they don't need the added hype of a "significant rookie". You'll get the team changes the flagship ignored and a few B-movie rookies they left out. If they follow form, Puig's a shortprint.

There are only 30 Teams. You listed the Twins and Nationals twice.