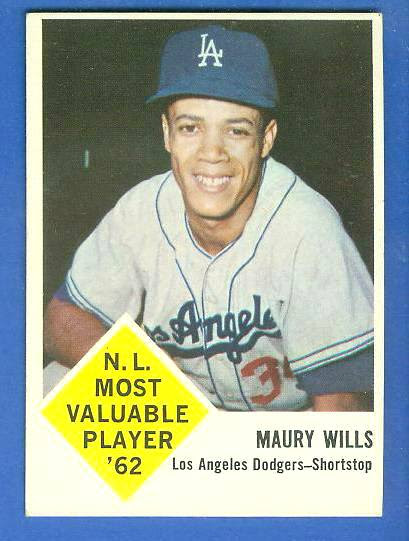 Up until my most recent week's absence from writing, I was on a tear, one not unlike Fleer's first series of cards in 1963. I'm not in any way equating my writing with this set in terms of importance within the hobby, nor is Topps suing The Baseball Card Blog to get the idea into my thick skull that baseball cards is their thing, not mine.

Because Topps blocked Fleer in the courts, what could have been a landmark set and perhaps the start to a beautiful Fleer decade was stopped before it really got started. With only 66 cards, plus a scarce, unnumbered checklist, the set Fleer released has to be viewed as incomplete.

As far as formal checklist strategy is concerned, there are a number of interesting things going on. This is the first Fleer checklist to group team members alphabetically by team, though on a much smaller scale than in the sets released in the 1980s. 1963 opens with a handful of Baltimore Orioles, then a bunch of Boston Red Sox, followed by a few Cleveland Indians, Kansas City A's, New York Yankees, Minnesota Twins, Washington Senators, Chicago Cubs, Cincinnati Reds, Houston Colt .45s, LA Dodgers, Milwaukee Braves, New York Mets, Philadelphia Phillies, Pittsburgh Pirates, St. Louis Cardinals, and San Francisco Giants.


At 66 cards, not everybody from these teams is included. Take the Yankees: only Ralph Terry and Bobby Richardson are in the set. Presumably Howard, Mantle, Maris, et al would've been in a later series. What is surprising is the All-Star quality found in the short checklist. Brooks Robinson, Roberto Clemente, Carl Yastrzemski, Sandy Koufax, Bob Gibson, Warren Spahn, Don Drysdale, and Willie Mays all made it in. And let's highlight the Mays card for a second. His is the only card separated from the rest of his team (Mays is on card 5, while the other Giants are on 64-66). Another notable card in the set is that of Milwaukee Brave Joe Adcock (#46). This is a short-printed card, making it harder to find than the other 65. 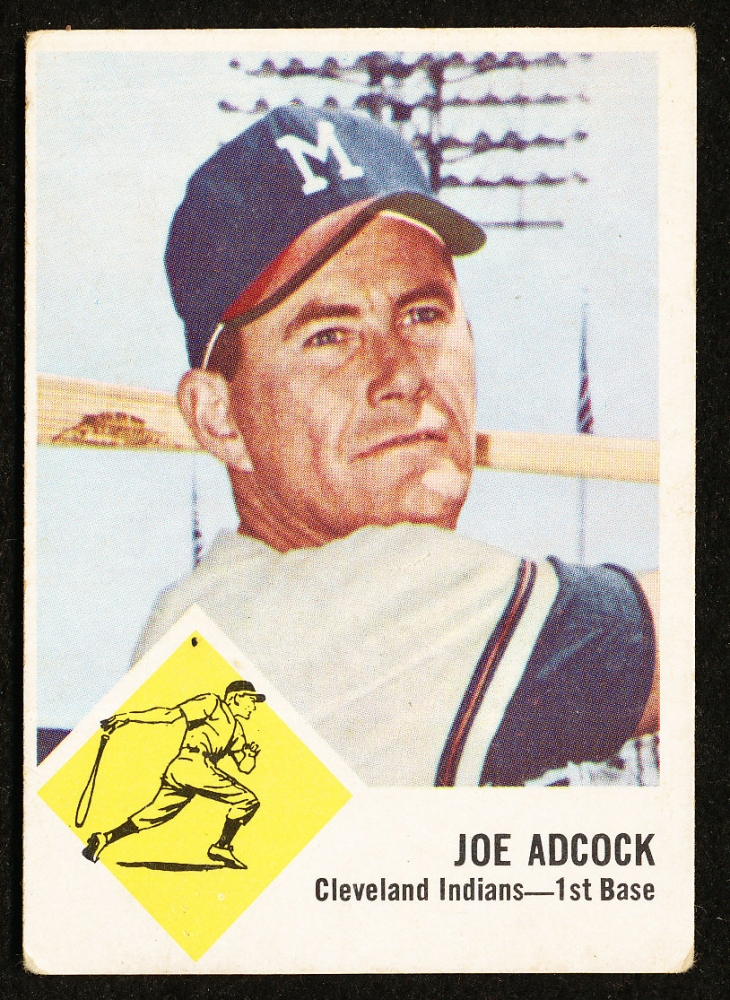 The design is classic Fleer, following 1960's and 1961's lead with white borders. This set also marks the first modern-era use of fielder position silhouettes in the front-of-card design (1973 and 1976 Topps being the others). Finally, the Best of the Set is the rookie of Maury Wills (#43). For reasons that are still hard to figure out, Wills was one of the very few players whom Topps did not tender a player contract to before his rookie season. Therefore, this is his true rookie card. His first Topps card would not come until 1969. All those times you've seen Maury Wills on a 1962 Topps design? Yup, card doesn't really exist.

Just a small correction. Maury Wills' rookie card was a high numbered Topps 1967 card, not 1969 as mentioned in article.